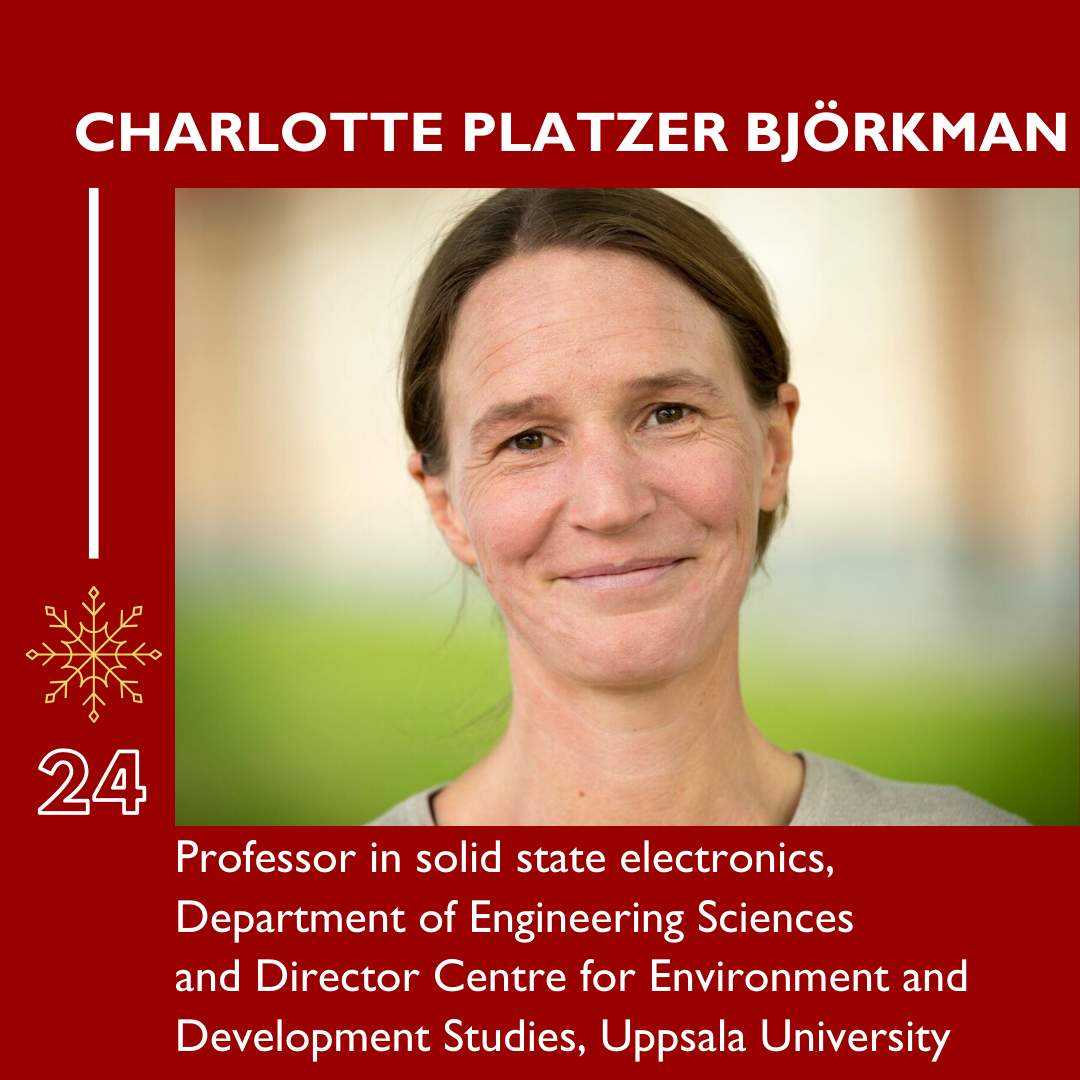 How does your research contribute to a better world?

"The world needs to move away from burning of fossil fuels to using renewable energy technologies instead. Solar cells convert sunlight directly into electricity and are now starting to be used in large scale around the world. Solar cells are versatile; they can be used in standalone small systems, in households without access to the grid, or in large-scale solar cell parks or installations on buildings connected to the grid.